Home/Blog/‘Narcos’ Fans: How to Tour Pablo Escobar at Medellín 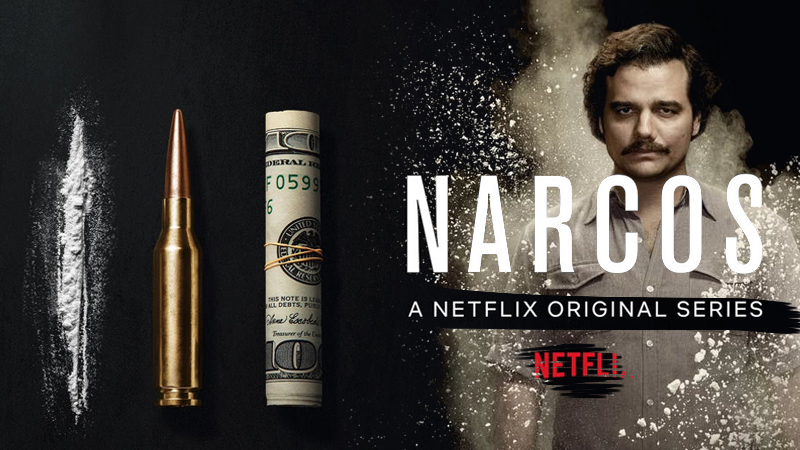 The performances in Netflix’s Narcos are compelling and buzzed-about, but even the actors concede that the true star of the series is the country of Colombia. “If we weren’t doing the show here, I have no doubt it wouldn’t be as good,” says Pedro Pascal, who plays DEA agent Javier Peña. “There is a strange and powerful beauty. The light is unbelievable. Everyone is going to want to shoot here because it is so cinematic.”

Medellín, nicknamed the “City of Eternal Spring,” is a beautiful and romantic metropolis where flowers are in constant bloom. But with the success of programs like Narcos, many visitors are more interested in the dark legacy left by its most notorious citizen, Pablo Escobar. Plenty of companies have popped up to capitalize on the interest, offering informational expeditions. Medellín City Tours is a standout, especially when led by former Colombian police officer Carlos Palau, who served on the force while Escobar was at the height of his power. “Doing this tour allows me to talk about this man’s horrible deeds without having to burden my family with the memories,” says Palau. “And I think it is a great way to remember the mistakes of the past, but also [to recognize] how far we’ve come.”

Overlooking the city from scenic mountains, the self-designed “prison” was constructed as the result of secret negotiations between Escobar and the Colombian government. It was jokingly called “Club Medellín” in those days, due to the lavish amenities allowed to the criminal, but the structure left now lacks any of that former glory. When it was announced that Escobar was caught, the townspeople raided the building with sledgehammers and stripped it clean of all his valuables. It has since been converted into a home for the elderly, run by Buddhist Monks. The property still has a few touches of its former occupant, including a plaque engraved with one of his most famous sayings: “Better a grave in Colombia than a cell in the U.S.”

Located in one of the city’s most exclusive neighborhoods, a car bomb exploded outside of this eight-story apartment building owned by Escobar back in 1988. The blast was an assassination attempt by the Cali Cartel, but Escobar escaped unharmed. Palau used to lead visitors through the entire complex, including the chilling torture chamber in the basement. But after tourists posted photos from the penthouse’s balcony on social media, the government blocked entry. Now armed guards stand at the entrance, and you can only peak at the abode from over the fence.

Taking up the most impressive plot at the Cemetario Jardins Montesacro, Escobar’s grave site is managed by an elderly man who was given a home by Escobar. You’ll always see fresh flowers leaning against the headstone, from the people he helped during his more gracious periods, and from fellow druglords who still leave tokens of respect. Others have a different way of paying homage, according to Palau. “Some tourists will come and do a bump of cocaine over his remains,” he says.

Though Narcos was blocked from filming on the actual roof on which Escobar died, you can still drive by the house to see the otherwise unremarkable building. Try not to loiter around too long though, and expect some evil stares from the locals, as many are frustrated by the shadow still cast on their community. “The owner says that he just wants to move on and run his business,” says Palau.

A few hours outside of Medellín, in Puerto Triunfo, lies one of Escobar’s more opulent estates. The multimillion-dollar property featured a Spanish colonial house, sculpture park, kart-racing track, and a zoo stocked with exotic animals. It now operates as a theme park, but there aren’t too many traces of its former owner around besides a Piper airplane atop the entrance, an ode to the first plane Escobar used to ship cocaine into the States. Other reminders have left the grounds, including most of his once-prized hippos, which escaped into the neighborhood lakes and now terrorize local fishermen. Just another unfortunate legacy left for the country he claimed to love.

Book Pablo Escobar Tour with Carlos the Ex-Cop at:  http://www.medellincitytours.com/pablo-escobar-by-carlos-the-ex-cop/