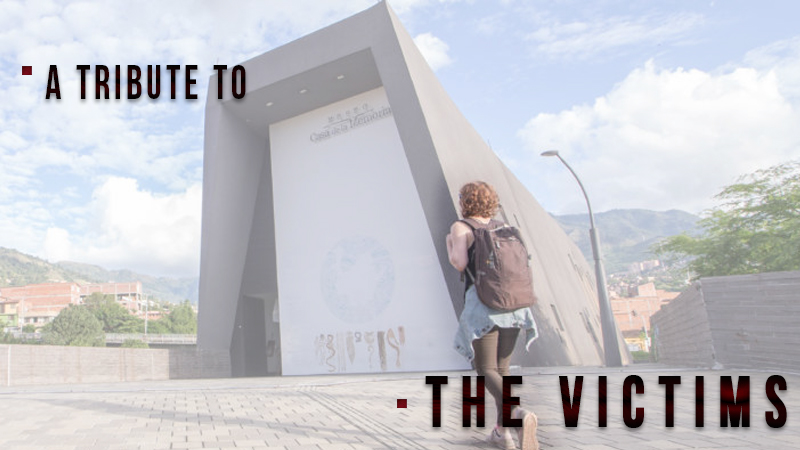 The Museo Casa de la Memoria in Medellín is a multimedia museum and archive detailing the violence that plagued the city, and Colombia, for more than 30 years. Through photos, videos, voices, and artifacts, the somber but important space looks to the dark past of armed conflict and the drug cartels while steadfastly paying tribute, and remembering, the many victims.

By the end of the 1980s, Medellín was considered one of the most dangerous cities in the world. Pablo Escobar and the drug cartels had unleashed a wave of violence that would plague the city and Colombia for decades to come. Even after the death of Escobar in December 1993, crime rates remained high, and paramilitary groups like FARC and the AUC continued to destabilize the entire country.

Then came Operation Orion in 2002, the largest urban military operation ever to take place in Colombia, whose goal was to disband the urban militias in Medellín. But almost immediately after the military intervention, the members of these groups formed further criminal gangs who continued to terrorize the city.

In 2006, four years after Operation Orion, the Victim Assistance Program in Medellín began to assemble the source material for what would eventually become theMuseo Casa de la Memoria, or House of Memory Museum. The three-floor museum was finally opened in 2012, as a place of remembrance, reflection, and a firm reminder to future generations that strategies are still needed to ensure such violence never takes place again.

The museum houses an impressive range of multimedia exhibits that tell the history of Medellín and explain, in often stark fashion, the city’s violent past. Interactive maps highlight areas of Medellín affected by massacres; hundreds of testimonies can be heard, viewed and read; works of art depict the conflict; and you can listen to powerful songs, mainly hip-hop and rap, that talk of the violence.

The bottom floor is dedicated to temporary exhibits, which change roughly once every year. On the upper floor, meanwhile, is a public library and archive with touchscreen computers where anyone can research the entire scope of Medellín’s troubled past.