Home/Blog/Pablo Escobar Tour: Is a Controversial Tour Worth Going On? 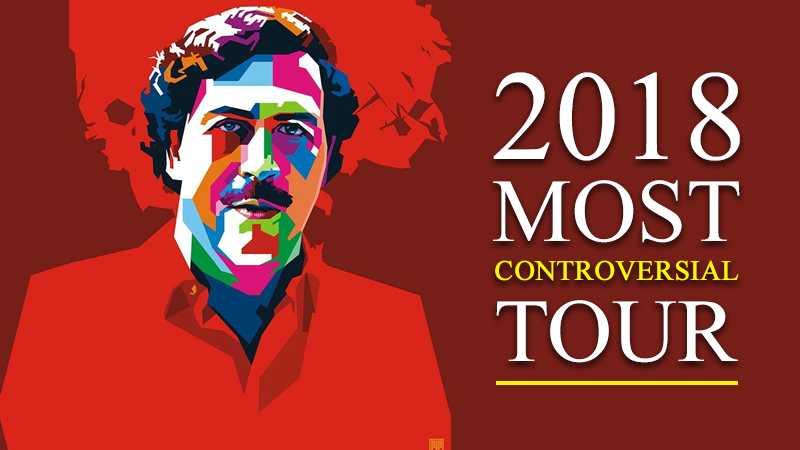 I learned very quickly on arriving in Medellín – day two, in fact – that Paisas generally do not like the name Pablo Escobar to be spoken. And many of them get angry when they hear foreigners want to go on a Pablo Escobar Tour. Many don’t like the idea of tour companies offering Pablo Escobar Tours glorifying Escobar. This is a local perspective that I tried to appreciate and understand. Out of respect for the locals I didn’t feel it was right to go. I understood that this part of Medellín’s history was still too recent to be explored and gawked at by foreigners.

Yet, my morbid curiosity about this man, whose name for so long was synonymous with Medellín, was compelling me to do it anyway. And I did. Note the following photo a view of Medellín from La Catedral, Pablo Escobar’s prison during the early 1990’s.

For a Better Understanding:

I’ll admit to sometimes being a typical ignorant American from the U.S. Well at least where world affairs are concerned.  I wasn’t interested in foreign news growing up.  I was only concerned with my little corner of the world.  World history bored me. So, what I knew of Colombia and Medellín, before arriving in the country, was minimal.  All I could say for certain was that Colombia was – and to some degree still is – considered by many Americans one of the most dangerous countries in the world to visit. I also knew that Colombia has an extensive history of cocaine trafficking.  And that Medellín used to be the murder capital of the world. Not really great headlines for the tourist board.

However, I also knew that some close friends had recently travelled through the country and thought it was a beautiful place with kind people. I wanted to understand the history. I wanted to hear about this unfortunate period of Colombia and Medellín’s past from a local perspective well-immersed in the city.

Pablo Escobar Tours Exist Because of a Morbid Curiosity

I was like a sponge to spilled water, effortlessly intrigued to soak up more knowledge about this man and this period of Colombia’s history. But don’t take that as a negative thing.  It was a morbid curiosity born out of a desire to learn the real history of what happened and not just some exaggerated, half-truth of a TV drama I’d been watching.

I also needed to experience these places so I could feel what happened.  I’m a visual person, so I need to see things to truly understand and begin to empathize. You can read all the history books, but you can’t really comprehend the magnitude of the atrocity unless you physically see the places where the incidents took place. Standing on the same ground.  Touching the same walls.  Only then do you get a sense of realness.

Sharing the History and Explaining the Now

An important duty of any traveler is to gather knowledge about the places they visit and to distill any stereotypes once they return home. But you can’t understand a culture and its people unless you understand its history.

When you understand that nearly every person living in Medellín was affected in some way during the painful period of the 80s and 90s, you get a better understanding for the current level of friendliness and happiness and celebration of life that the people of this beautiful city exhibit.

Like any of us, our past shapes who we are today.  And knowing this past helps us understand, But more than that you need to know that history so that you can argue intelligently about it.  As I said at the start, many Americans still perceive Colombia as a dangerous place that shouldn’t be visited. As a traveler part of our responsibility is to go back home and distill these myths.  We need to be able to explain that yes, Colombia had a dark period, not unlike many countries.  We need to be able to discuss in detail that history.

But we also can tell people about the Colombia of today. How the city of Medellín boasts a world-class public transportation system that includes both a metro and cable cars. How some of the most previously dangerous parts of the city now are adorned with vibrant street-art and locals that greet you with a smile when you visit.

So, I understand that many foreigners probably will want to go on this tour for the same reasons as me.